The VCI-560 is a powerful fault diagnosis device that has been developed using the latest advanced technology. Used in combination with a PC, it provides a tool for quick and efficient analysis of vehicle faults. Free activation for one time, for the second time will cost 150usd. And can only be installed on one laptop. DAF VCI-560 software supports online update. The VCI-560 switches the input channel automatically to the required data line (K-line, L-line) or CAN-bus of the truckside Diagnostic Connector.

Direct Testing mode allows immediate selection of individual control units and direct test of their components and functions.
Guided Diagnosis. Using the combination of self-diagnosis symptoms (content of fault memory) and observed symptoms (complaints from customer), the system generates a test plan and guides the user along the shortest route to the suspect component.
HD-OBD mode allows immediate selection of DAF independent control units and direct testing of their components and functions.
EOL (End Of Line) mode used in stations of the production area and allows programming, calibration, health check and diagnosing of newly produced vehicles.
You can switch between HD-OBD mode and EOL mode.
For special programming and Service Level see Davie Developer Tool. 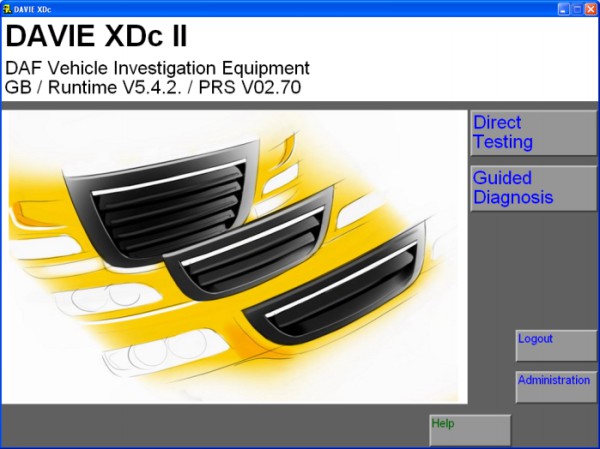 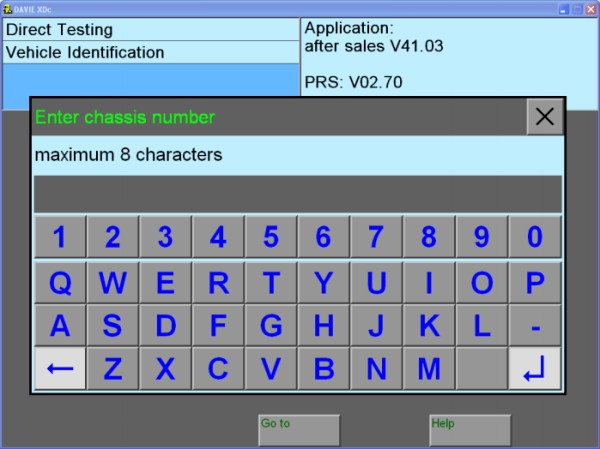 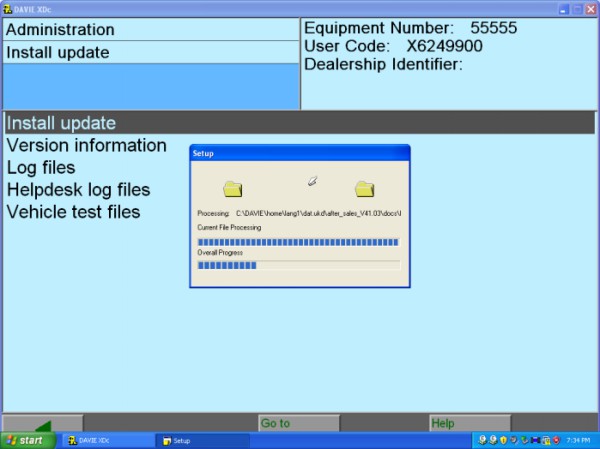 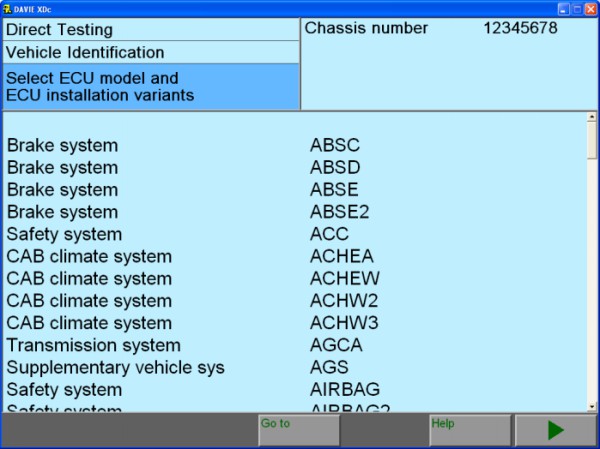 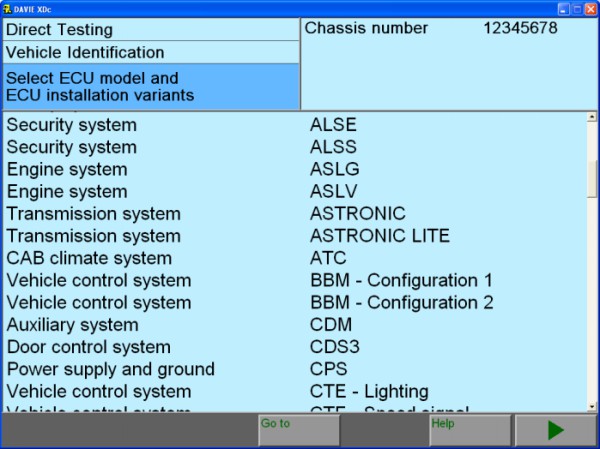 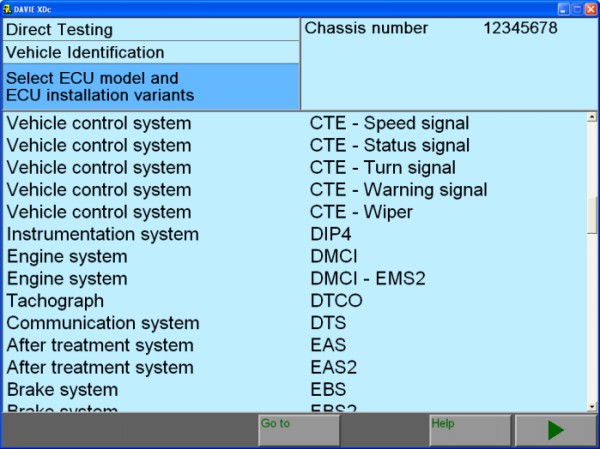 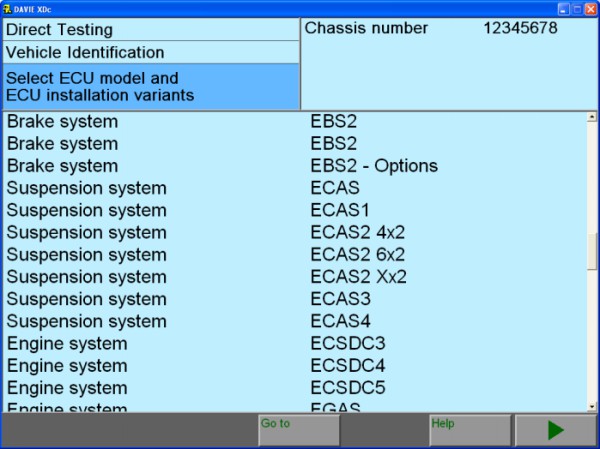 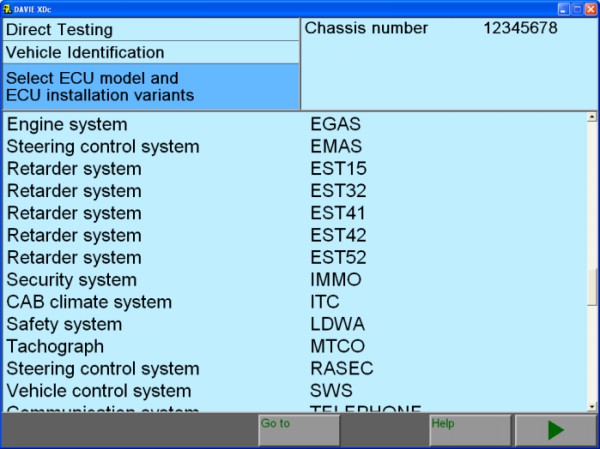 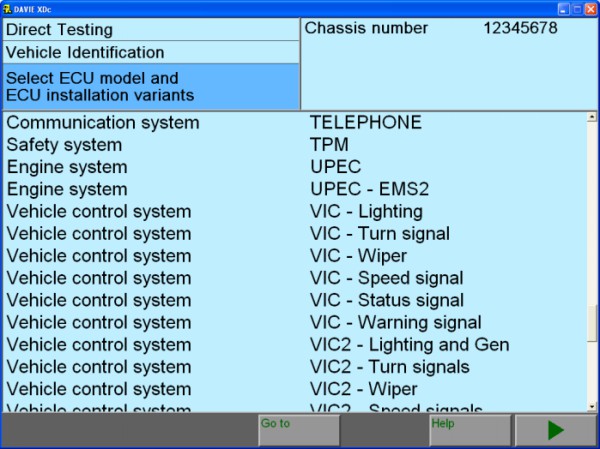 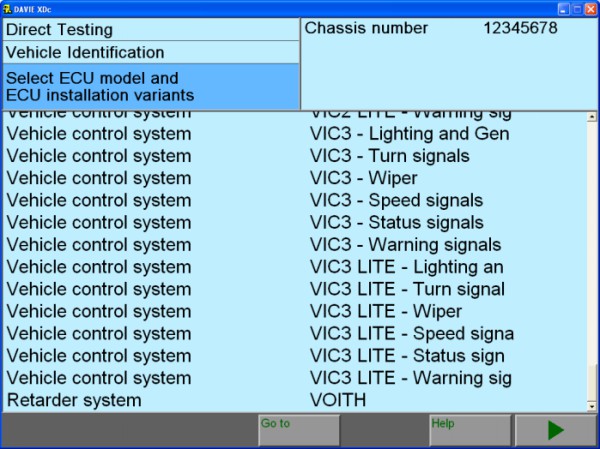 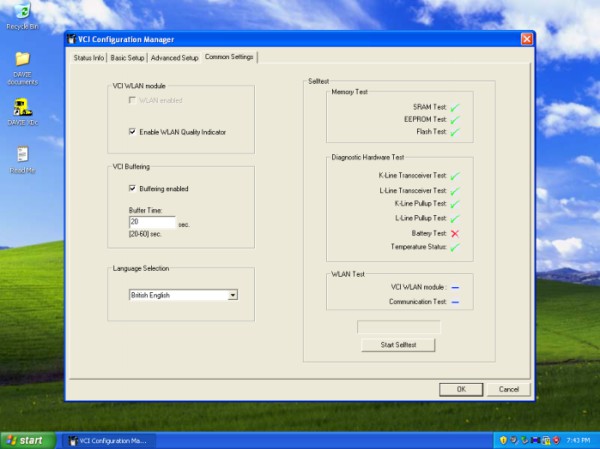 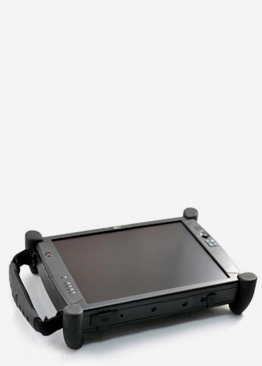